ONE ONE ONE Eagle Street certified carbon neutral 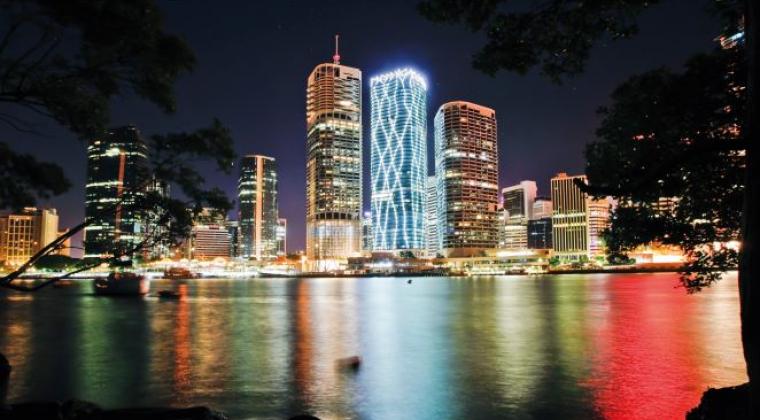 The GPT Group (“GPT” or “Group”) today announced a third building in the GPT Wholesale Office Fund (“GWOF” or “Fund”) portfolio, 111 Eagle Street, has achieved carbon neutral certification under NABERS and Climate Active, and in alignment with the international Greenhouse Gas Protocol.

Located in the prime commercial Golden Triangle precinct, the 63,700 square metre, 54 level office tower becomes the first building in Brisbane to achieve unified carbon neutral certification, as the approach continues to be implemented across the remainder of The Group’s portfolio, with GWOF working towards its target of carbon neutrality by the end of 2020 and the Group towards its target of 2030.

“The property sector accounts for a substantial proportion of global greenhouse gas emissions, meaning this was always going to be a significant milestone. However, we are committed to being an industry leader in reducing carbon emissions,” said Martin Ritchie, GWOF Fund Manager. “Moving towards a net zero carbon target is a great achievement for our Fund, and it is also delivering benefits to our tenants through savings and assisting them achieve their own targets to reduce emissions.”

To achieve the certification, GPT’s approach focused on energy efficiency, utilising a combination of both on-site and off-site 100 per cent renewable electricity combined with a demand response program to manage electricity loads within the buildings. These initiatives also reduce pressure on the electricity grid, reducing the peak demand charges for a building.

Where emissions from waste, gas and water services are not able to be reduced further, the Fund purchases offsets from Greenfleet, a not-for-profit environmental organisation committed to protecting the climate through forest restoration and which has an internationally recognised offset accreditation.

“As the Fund work towards its target of a zero carbon portfolio by the end of 2020, we felt a credible validation pathway was required, and so we worked with the Property Council of Australia and broader industry to pilot this aligned certification with NABERS, Climate Active and the international Greenhouse Gas Protocol,” said Steve Ford, GPT’s Head of Sustainability and Energy.

The certification follows on from two buildings in the GWOF portfolio, Workplace 6 (48 Pirrama Road, Pyrmont) and 8 Exhibition Street, Melbourne, becoming the first buildings in Australia to achieve the certification under NABERS and Climate Active earlier this year. At the time, Carlos Flores, Director of NABERS, said: “GPT Wholesale Office Fund has a strong track record of industry leadership, including achieving one of the first NABERS Waste ratings and the first use of the Materials Recovery Score. NABERS are delighted to have certified against the Climate Active Carbon Neutral Standard, in alignment with the international Greenhouse Gas Protocol. We congratulate GPT for being the first to incorporate data from their certified NABERS Energy, Water and Waste ratings, setting a new bar for robustness in carbon neutral claims.”