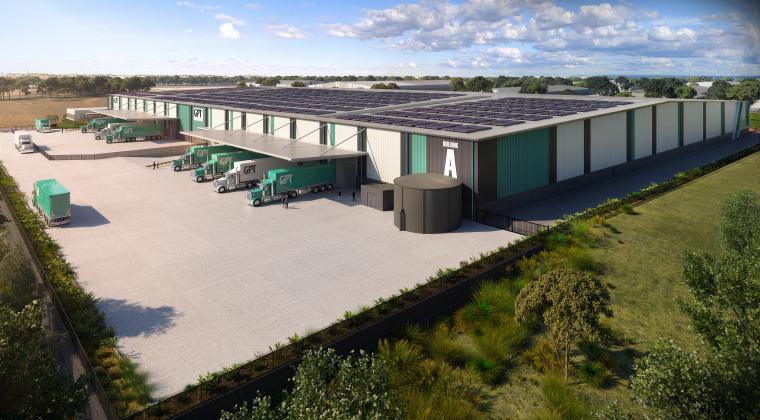 Located in the heart of Western Sydney’s leading logistics and warehouse precinct, The Gateway will be able to be leased in its entirety or as two separate facilities.

GPT’s Head of Development, Logistics Darren Hunt said he was confident the development, which is in close proximity to the interchange of the M7 and M4 Motorways, would attract a significant level of interest from prospective tenants.

“GPT is very encouraged by the success of the three speculative logistics developments in Western Sydney that it completed last year and has now fully leased,” said Mr Hunt.

“Our strategy of undertaking speculative developments has allowed GPT to capitalise on the current strong demand for quality and well-located logistics facilities which in Sydney remain at historic highs.”

The Gateway is GPT’s second speculative logistics development for 2018, with work now well underway on the Group’s 11,260 square metre facility at 1B Huntingwood Drive in Huntingwood, Sydney.

The Huntingwood facility, which is due for completion in the second half of 2018, is on the corner of the Huntingwood Drive and the Great Western Highway.