GPT partners with CareerTrackers for next decade 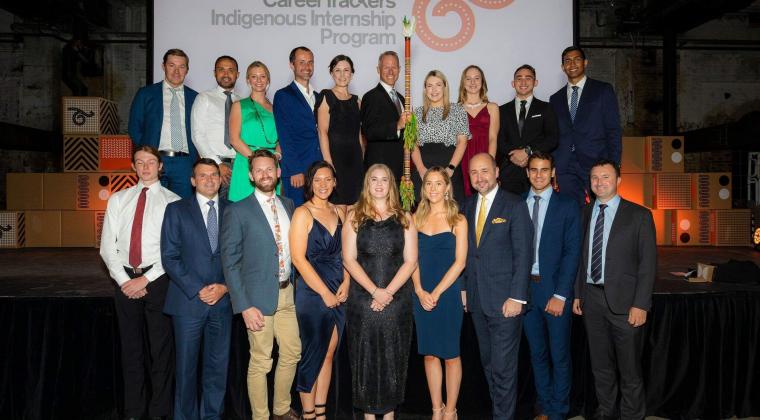 The GPT Group has renewed its commitment to the CareerTrackers Indigenous Internship Program by signing a new 10 year partnership with the national non-profit organisation.

The relationship is a key plank in GPT’s strategy, outlined in its current Reconciliation Action Plan (RAP), to provide more career development opportunities for First Nations university students and increase the representation of First Nations people in its full-time workforce and broader property sector.

GPT’s Head of People and Performance Phil Taylor said, as part of its RAP, GPT planned to increase the number of permanent positions offered to CareerTrackers interns to four in 2019 and five in 2020.

“The wonderful success that we have enjoyed from our relationship with CareerTrackers and the valuable contribution that the interns are making to GPT’s business, gives us the confidence to make a long-term commitment to the program which will continue to be a feature of GPT’s culture for the next decade, and hopefully, beyond,” said Mr Taylor.

“Only 24 employers have taken this step and we hope that our success inspires others.”

GPT started to provide 12 week internships to First Nations university students when it first partnered with CareerTrackers in 2013. The Group's renewed partnership was recently announced at the Annual CareerTrackers Gala Dinner in Sydney.

CareerTrackers Founder and CEO Michael Combs said: “What our program is doing is that it’s taking students who have got into university, attaching them to practitioners and real world mentors who can help expose those students to the profession, help coach and support those students through their university degree."

CareerTrackers says 95 per cent of its alumni are in full-time employment in their field within three months of graduating from university.

Mr Combs also stressed CareerTrackers "is a program not a placement".

“It’s not just putting students into an organisation and thinking everything’s great and walking away. It’s having that realisation that for Aboriginal and Torres Strait Islanders, today many of the students are going to university – they’re the first finishing high school," said Mr Combs.

“These students don’t have much of a reference point or contact. So that’s our job. Our job is to work with the students year round to make sure they have the skills and the confidence to go into their organisation and perform."

By 2020, CareerTrackers expects to have more than 1000 alumni in full-time professional roles.