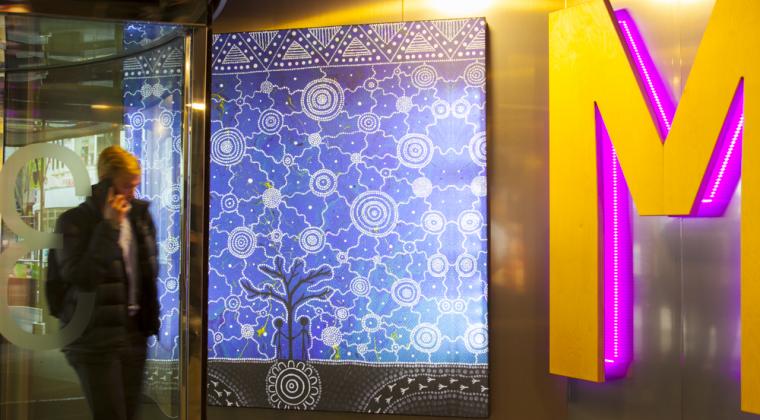 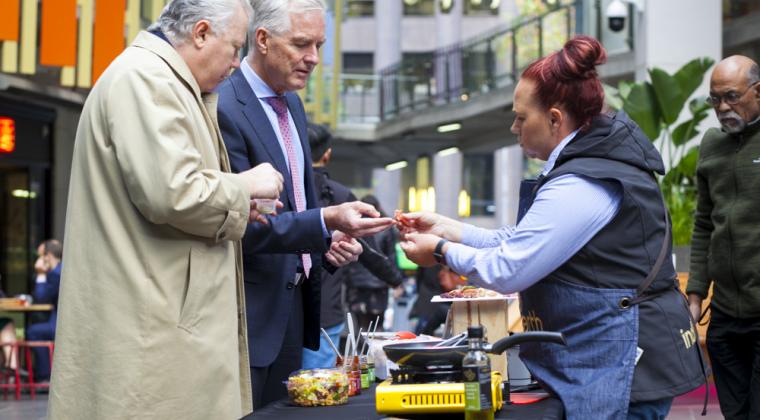 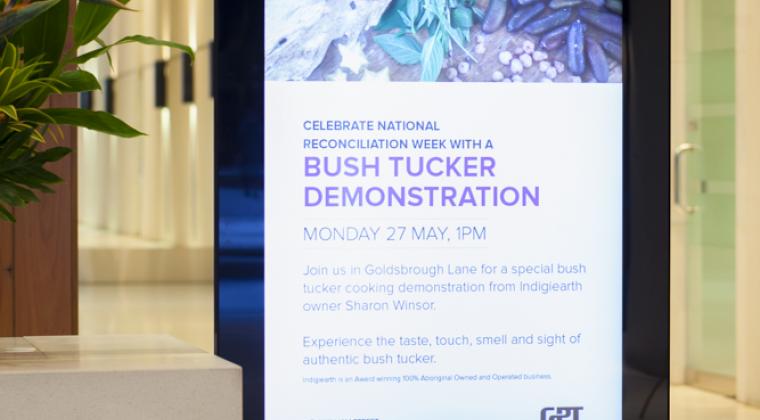 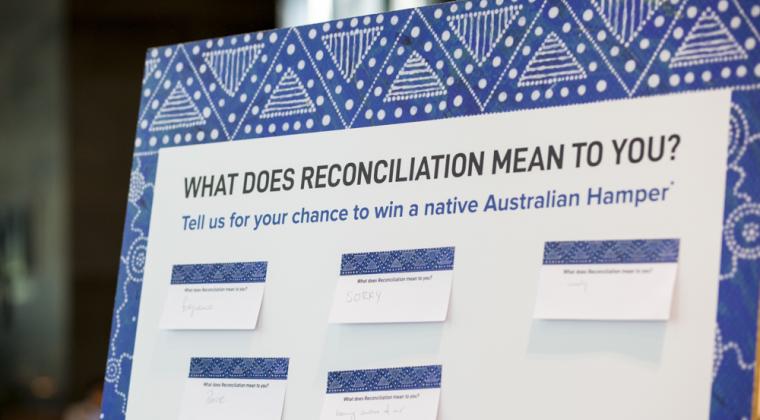 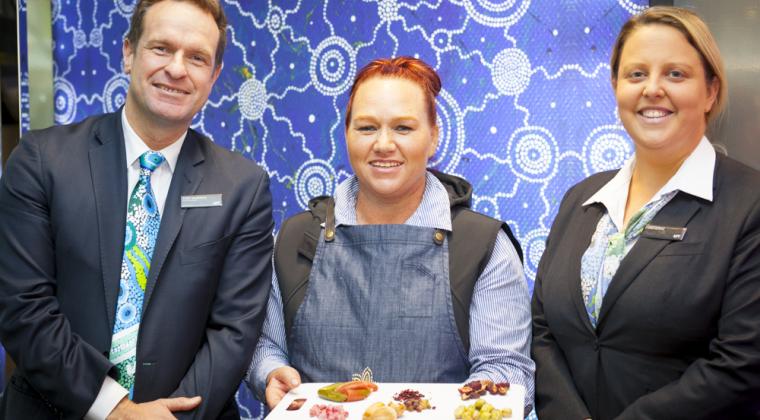 The GPT Group this week has showed its support for National Reconciliation Week by holding several events, workshops and activations across its retail and office properties, and featuring an artwork by one of the Group’s CareerTrackers interns.

The artwork by Molly Wallace from GPT’s Sustainability team resonates with this year’s theme for National Reconciliation Week (NRW), which encourages a comprehensive process of truth-telling about Australia’s colonial history.

“The theme this year is ‘Grounded in Truth Walk Together with Courage’ and I tried to reflect this in the grounding and connection that everything around us has. To convey the truth that nothing is truly separate and that we must come together in order to walk towards a brighter future,” said Molly, who is a proud Kamilaroi woman from the NSW town of Dungog and has been a CareerTrackers intern at GPT for the past two years.

“When I was asked if I would like to do a painting as a part of GPT’s acknowledgement of National Reconciliation Week, I was so excited to be involved and able to express my love and respect for a week that is so important.”

GPT’s NRW campaign has seen activations across its retail and office assets, which includes digital and in-centre acknowledgements, some of which feature Molly’s artwork.

Events hosted by GPT included bush tucker demonstrations at Melbourne Central Tower and Goldsbrough Lane in Melbourne, a digeridoo performance at One One One Eagle Street and art display at the Riverside Centre in Brisbane.

GPT has also erected boards in its office lobbies in Sydney and Melbourne asking people to share their thoughts on what the week means to them.

At one of GPT’s internal National Reconciliation Week workshops, held at its Sydney head office during the week, GPT’s Head of People & Performance Phil Taylor said: “GPT is committed to helping us learn more as individuals and to help grow our business practices to ensure we create and sustain inclusive environments for our customers, tenants and communities to thrive.

“Reconciliation may involve a process of ‘unlearning’ and ‘relearning’. Challenging assumptions and recognising what was previously taught in schools about First Nations peoples, cultures and histories may have been inaccurate or incomplete,” said Mr Taylor, who is also a member of GPT’s Reconciliation Action Plan Working Group.

At the workshop facilitated by the proud Aboriginal woman Monique Proud of Positive Social Solutions which discussed aspects of First Nations history, culture and experience.