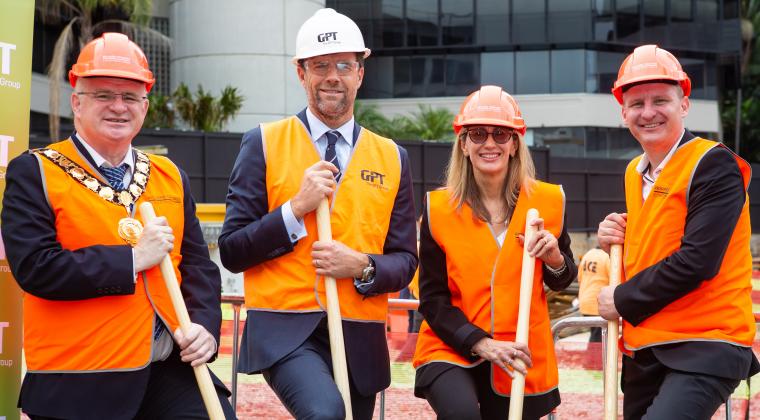 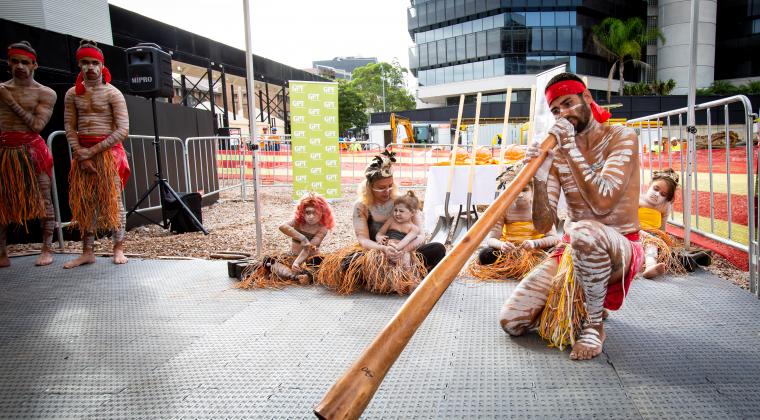 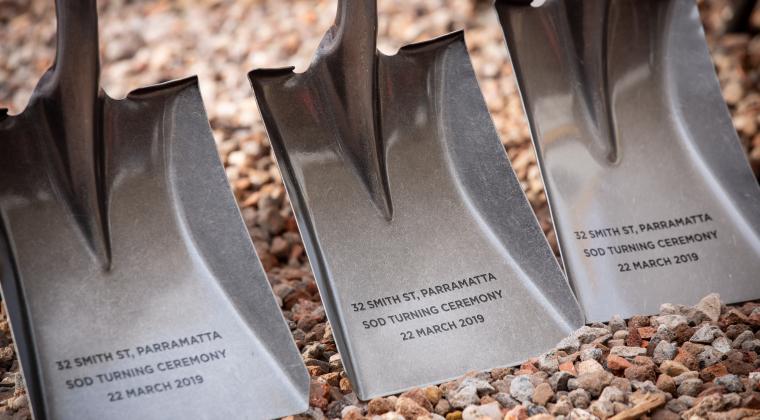 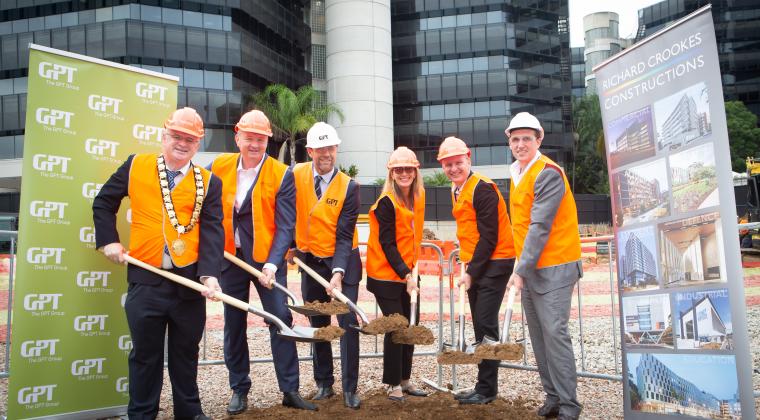 The GPT Group today officially celebrated the start of construction of its 32 Smith office tower in Parramatta, which will house QBE Insurance as its major tenant.

Due for completion in late 2020, 32 Smith is expected to have an end value of more than $300 million and will be GPT’s second premium office building in the Parramatta CBD.

QBE will occupy 51 per cent of the building on which it also has signage rights.

The event was opened with an acknowledgment of country to the traditional owners of the land of Parramatta the Darug People and a traditional smoking ceremony and corroboree by Nulungu Dreaming.

GPT’s Matthew Faddy said 32 Smith would be part of the significant transformation of Parramatta that was already underway.

“32 Smith will be one of Parramatta’s iconic landmarks and we are delighted to have attracted one of Australia’s leading companies QBE as its anchor tenant. This tower will be Parramatta’s leading office building in terms of design, amenity and quality workspace,” said Mr Faddy.

“We expect the importance of Parramatta as a world-class commercial and cultural centre will only grow, with most of Sydney’s population set to live in the West within the next two decades.”

“The plans for new light rail, West Metro, better motorway connections and large cultural facilities such as the Museum of Applied Arts and Sciences will only add to the appeal of Parramatta as a place to work.”

Designed by internationally renowned architecture firm Fender Katsalidis, 32 Smith will see a sculptural, translucent tower rise from a set-back podium that opens up the corner site to pedestrian use.

“32 Smith is an important gateway site that connects Parramatta with the river to the north. It deserved a signature building and our design shapes the ground-level podium into two softly rounded forms that define an open-air ‘room’ to provide shelter and a place to meet,” said Mr Curzon.

“Above that, we have created what will be the most translucent building in Parramatta. Curved in form, it has been shaped like a building in the round, reducing glare and wind to create a friendly sculptural tower.”

City of Parramatta Lord Mayor Cr Andrew Wilson said: “We look forward to QBE continuing to be a part of our flourishing commercial landscape as we welcome new businesses and investment into our City."

“Parramatta is undergoing a once-in-a-lifetime transformation. With a forecast growth of more than 72,000 dwellings and 113,000 additional jobs by 2036 we are at a very special juncture in the City’s history.”

“Parramatta is in the midst of an incredible shift, where there will be more workers than residents in the CBD in five years’ time. If you look around now, you will notice a skyline full of cranes.”

“This is an exciting time for Parramatta and Western Sydney. There will be approximately more than 1.2 million square metres of office space in five years, completely changing the landscape of the city. We have so much to look forward to,” Mr Borger said.