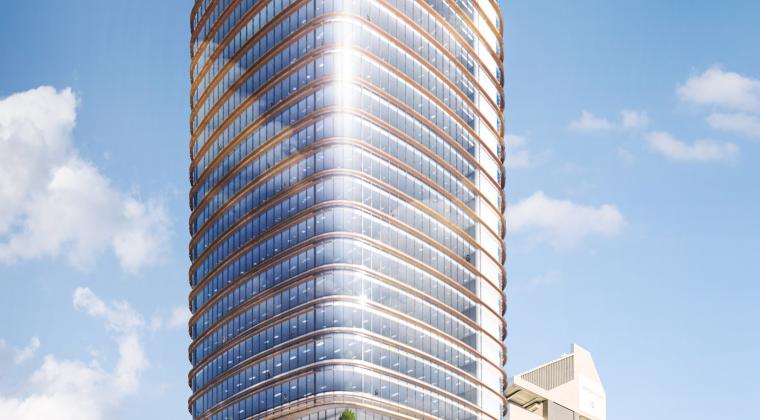 The GPT Group today announced that it has agreed to terms with a pre-commitment tenant for its planned 26,000 square metre office tower at 32 Smith Street Parramatta.

Once signed, the lease will see the tenant commit to 13,600 square metres or 51 per cent of the net lettable area at 32 Smith, paving the way for construction to commence on the tower which has an end value of more than $300 million.

GPT’s Head of Office and Logistics Matthew Faddy said demolition works have already commenced on the site with completion for the development targeted by late 2020.

“We are delighted to be close to signing a pre-commitment tenant for 32 Smith, which will pave the way for construction to get underway on what will be one of Parramatta’s iconic landmarks,” said Mr Faddy.

“This project will add further momentum to the transformation of Parramatta into a world- class business and cultural district.”

Mr Faddy said the Parramatta office market would continue to benefit from the significant population growth and record infrastructure investment in Western Sydney.

“Parramatta, which has one of the lowest vacancy rates for any office market in Australia, is expected to see continued strong demand for quality office space from a diverse range of tenants,” said Mr Faddy.

“Already identified by the Greater Sydney Commission as the Sydney region’s Central City, Parramatta will only see its importance grow with the bulk of Sydney’s population set to be based in the West within the next two decades.”

“The NSW Government’s plans for new light rail, Metro rail and motorway connections into Parramatta will provide another incentive for businesses to base themselves in the area.”

The design of 32 Smith includes widened footpaths, glass lift shafts and facades, which will improve the visual and pedestrian connection to the nearby Parramatta River and surrounding streets. The car park will be located above ground on Levels 3 to 5, to maximise the ground level activation of the building.

32 Smith is a short walk to the Parramatta Transport Interchange and the planned $1.2 billion Riverbank cultural precinct which will house the new Museum of Applied Arts and Science.