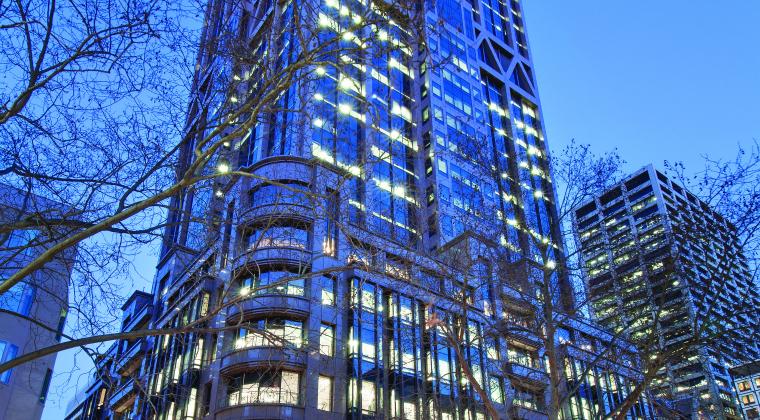 The GPT Wholesale Office Fund (GWOF) today announced its purchase of a 100 per cent interest in the former ANZ Bank headquarters in Melbourne, which includes the 100 Queen Street tower and associated heritage buildings, for $274.5 million.

Located in the heart of Melbourne CBD’s Western Core, the property comprises a 34 level A-Grade office tower and three heritage buildings with a total net lettable area of 38,963 square metres.

GWOF Fund Manager Martin Ritchie said he was pleased the Fund had secured 100 per cent ownership of a major office asset in one of Melbourne CBD’s most prominent corner locations.

As part of the transaction, ANZ will lease the office space until 30 June 2019. ANZ will also retain its ownership of the heritage-listed bank branch at 388 Collins Street and security deposit premises in the basement of 90 Queen Street under a perpetually renewable 99 year lease.

“The former ANZ headquarters, with frontages to Collins, Queen and Little Collins Streets, is one of Melbourne’s most desirable and convenient office addresses.”

“Upon expiry of ANZ’s lease in 2019, GWOF intends to extensively refurbish the 100 Queen Street tower which will include an upgrade to the entrance lobby, common areas, lifts, bathrooms and office floors. Any works undertaken will remain sympathetic to the heritage aspects of the surrounding buildings.”

“GWOF’s full acquisition of the 100 Queen Street complex will ensure the Fund can successfully implement its plans to refurbish and reposition this prime grade asset.”

Mr Ritchie said he also expected the tower’s side core configuration would appeal to a wide range of smaller businesses seeking premium grade, boutique-style space in a very prime location.