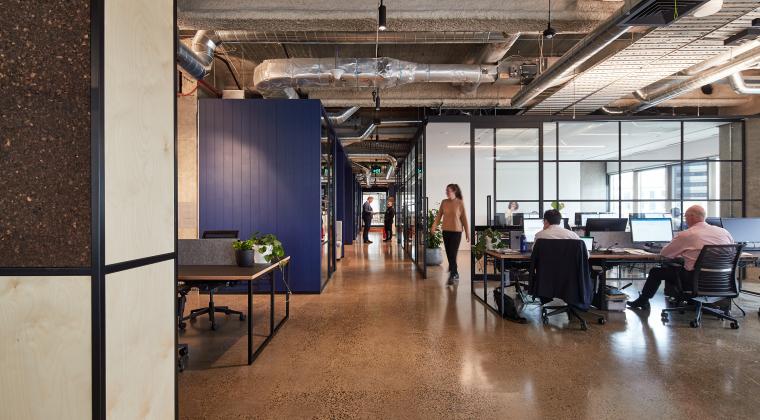 The GPT Group’s flexible workplace business Space&Co. today announced its plans to open its fourth Melbourne venue at 2 Southbank Boulevard in the second half of 2018.

The 1,800 square metre Space&Co. will occupy the entire Level 19 of the premium office building and will be able to accommodate over 200 members.

“This expansion will result in Space&Co. having venues easily accessible across the entire Melbourne CBD, from Southbank, Melbourne Central Tower in the north, 530 Collins Street in the west and 8 Exhibition Street in the east,” said Mr Faddy.

Mr Faddy said Space&Co., which in May 2014 became the first coworking business to be launched by a major Australian Property Trust, recorded occupancy of over 83 per cent at the end of 2017.

“We continue to see strong demand for our flexible workspace offering, particularly from existing GPT tenants who already make up around half of the membership across Space&Co.’s existing venues,” he said.

Space&Co. members at the 2 Southbank Boulevard venue will have access to a range of premium amenities on offer at the building including state-of-the-art wellness facilities and a newly refurbished lobby which will include a digital collaborative zone, an events space and the Espresso Lane meeting space and café area.

The firm behind the lobby redesign at 2 Southbank Boulevard, BVN Architecture, was also responsible for design of the expanded Space&Co. venue at Melbourne Central Tower which opened in August last year.

Space&Co. meanwhile remains on track to open its third Melbourne venue at 8 Exhibition Street in the first half of 2018, where it will occupy the entire Level 22 of the building and will accommodate around 200 members.