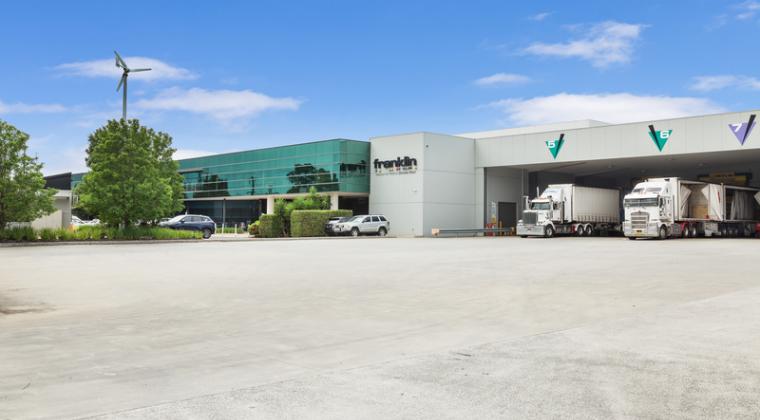 The GPT Group (GPT) has announced the four logistics developments it had completed in 2017 were now 100 per cent occupied, following the leasing of the recently completed 25,000 square metre logistics facility at 54 Eastern Creek Drive in Sydney.

The Eastern Creek facility, located in the heart of Western Sydney’s premier logistics and warehouse precinct, has been leased to the national third party logistics provider Silk Contract Logistics.

The four completed developments, which have a total area of 70,200 square metres, have a combined weighted average lease expiry (WALE) of 7.6 years.

GPT’s Head of Office and Logistics Matthew Faddy said it was an excellent outcome given the Eastern Creek and Seven Hills facilities had been developed without securing a precommitment.

“This strategy has allowed the Group to capture the current strong demand for quality logistics and warehouse facilities, particularly in Sydney.”

Mr Faddy said work was underway on two logistics facilities in Sydney, due for completion this year, which included a second facility at the Group’s Huntingwood site and a new facility in Eastern Creek.

GPT today also confirmed its purchase of a portfolio of four logistics assets in Melbourne across a combined site area of 8.8 hectares for $74 million.

The properties, which have a total 52,800 square metres of gross lettable area (GLA), are located in the established inner western Melbourne industrial precinct of Sunshine.

The properties are all fully leased to Australia’s leading vertically integrated marketing and print communications company, the ASX-listed IVE Group, until December 2026.

Mr Faddy said the acquisition was a quality addition to the Group’s Logistics portfolio.

“We are delighted to have secured this portfolio in the tightly held industrial precinct of Sunshine in Melbourne’s inner west,” said Mr Faddy.

“With its easy access to the Port of Melbourne and CBD, we expect Sunshine to benefit further from the significant road upgrades in Melbourne’s West which include the West Gate Tunnel Project.”

“With the ongoing gentrification of traditional inner city industrial areas such as Port Melbourne and Fishermans Bend, we expect the continuing displacement of occupiers will benefit suburbs such as Sunshine which are well established and connected to infrastructure.”

“This purchase builds on GPT’s strong relationship with IVE Group at Silverwater and Huntingwood in Sydney.”