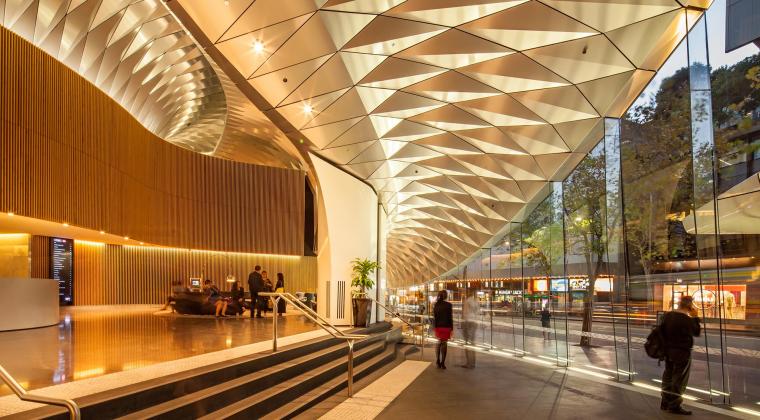 The newly launched NABERS Waste rating compares the waste management and recycling performance of office buildings, measuring how much waste is diverted from landfill as a percentage of the total materials generated by buildings.

“GWOF has been a market leader in sustainability since its inception in 2006 and we are committed to further minimising the amount of waste that goes to landfill from our buildings,’’ said Mr Ritchie.

In 2017, 580 George Street generated 396 tonnes of waste, of which 44 per cent was diverted from landfill through paper, cardboard, organics, mixed container and e-waste recycling services.

“While we have already made significant inroads in improving the recycling rates of waste material across our portfolio, our goal is to ultimately have 98 per cent of the operational waste generated by our tenants diverted away from landfill,” said Mr Ritchie.

GPT’s Head of Sustainability & Energy Steve Ford said GPT planned to have all of the office assets under its management rated under the NABERS Waste system.

“The NABERS Waste rating follows GPT’s efforts to improve the accuracy of data used to measure the amount waste recycled so that we genuinely understand what is happening to materials that our tenants dispose of and make the best decisions with that information.”

Mr Ford said the NABERS Waste rating provides a common standard by which buildings can benchmark their results against other buildings and across multiple years.

In 2015, GPT developed a groundbreaking “outcomes-based” reporting system to track waste to its end destination in order to better measure what materials actually ended up being recycled or sent to landfill. The new system helped initiate the shift away from “inputs based” reporting, where waste is only measured at the point of collection.